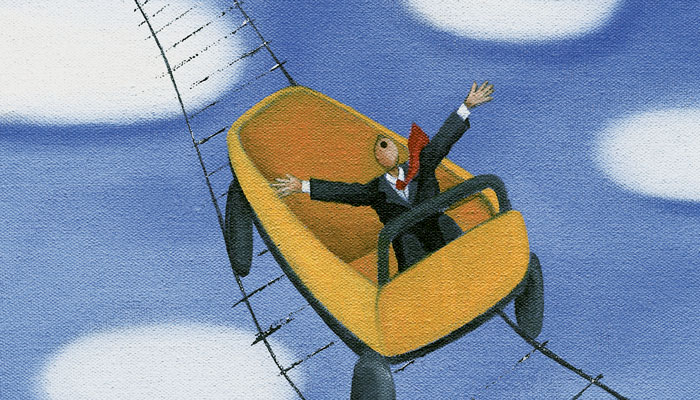 Why Companies Are Struggling to Build a Brand on LinkedIn 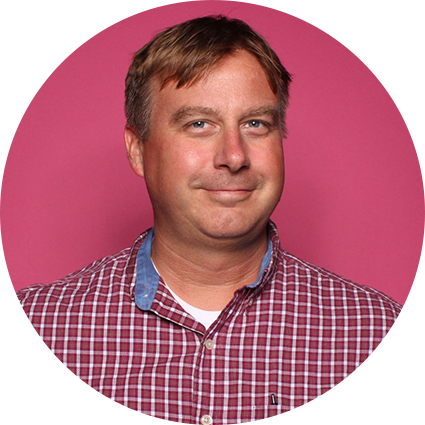 Every brand wants to be killing it on LinkedIn.

But very few of them will get there, because they don’t understand that LinkedIn is not about brands anymore. It’s about people.

A few short years ago, LinkedIn was a graveyard where people buried their resume and hoped someone would dig it up.

Nobody was actually networking. The best you could hope to see was anniversary announcements, interrupted by an occasional notification when someone published an article.


While all this was happening, Stoddard Worman and a select group of others took LinkedIn by storm. Stoddard is the Founder and President of Team W Media, a digital marketing agency that specializes in helping brands create ROI-positive campaigns on social media using personal storytelling. 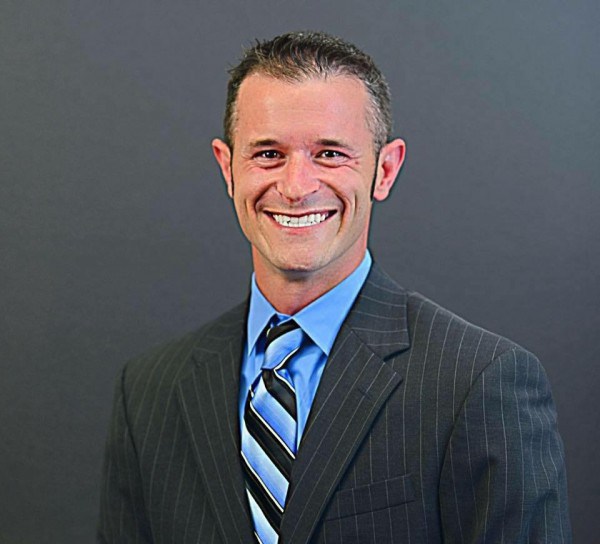 When the LinkedIn community came to life, Stoddard worked day and night, building connections and creating content people loved. Today, his posts have amassed over 5 million views and 27,000+ followers on LinkedIn.

Meanwhile, brands have continued to flounder.

Stoddard and I sat down recently to chat about the possibilities for company brand building in this space.

What is the Future For Brands on LinkedIn?

Companies might be missing the mark by tying branding strictly to marketing. Instead, Stoddard sees HR playing a vital role in the sort of storytelling that’s happening on LinkedIn today.

“It’s not just about talking about a new job posting or a promotion.” he says, “It’s about telling your story as a professional behind the brand. I worked with a car dealer in South Dakota who totally gets it. When he posts on LinkedIn, he talks about who he is as a sales manager instead of showing me a car and shouting that I can get $2000 off today. Storytelling is not a marketing function, it’s about people.”

Choose One Employee to Represent The Brand

If brand building is about sharing personal stories, then who should do it?

According to Stoddard, you should use one or two individuals to represent the company. People aren’t that interested in connecting with XYZ Incorporated anymore. “Instead, it’s much easier to connect with Stacy the vice president who can tell her story about how she started as a cashier and worked her away up.”

That’s not to say other people can’t be involved, but the voice needs to be consistent and give people a sense of familiarity with your brand.

Regardless of who represents your company, they should be comfortable talking on video. This is incredibly important, especially on LinkedIn.

Establish Trust With Your Employees & Audience

If you’re going to let a team be the face of the company on LinkedIn, you need to trust they will not only achieve the company’s goals but also do it in a manner that reflects the brand’s values and image.

“You’ve got to let the social animal roam free. Give them guidelines, but you have to let them add their own flare and run with it. A lot of companies start from a place of ‘you have to fit this mold’ and so it limits the creativity of social media teams.” 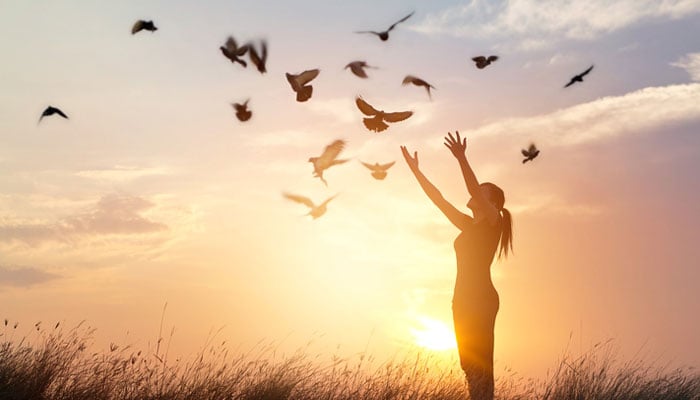 This takes us into risky territory for businesses.

Even though social media marketing ties back to company objectives, it’s still all about people and their stories. When you are dealing with individuals, their personal styles and opinions will leak through, so there’s always going to be some tension between the forces trying to protect the brand (legal/compliance) and the individuals trying to promote it (marketing).

“Protecting the business is important, but you need a way to hold the restrictive parties at bay a little bit. This is hard because organizations like to know what marketing is planning to post six months in advance, but social media requires adaptivity based on what the user base wants.”

Does it matter whether the content is managed on a company page or a personal profile? Hard to say.

Generally speaking, customers are more willing to connect with people than with a brand page. There is no hard data about how LinkedIn’s algorithm treats company posts versus personal posts, but a quick scan through your feed will show you that nine times out of ten, personal posts are raking in the most activity.

Despite this, Stoddard thinks you can take either approach. “It depends on the comfort level of the organization with freeing their people to be social. Most companies have policies that prohibit employees from mentioning the company on social media, so that needs to be addressed.”

In these cases, he recommends a process for reevaluating these policies, and giving people a little rope to express themselves.

“If someone is having a bad day, great, put it out there, but talk about what you’re doing to make things better and how you’re growing. The company needs to encourage employees to be honest, yet smart about what they post. People want to tell their story, but they have to feel safe first.”

Facing the Fear of Social Media

Many businesses are terrified of social media, and this is what keeps them from achieving greatness on LinkedIn.

Most of them play it safe. There is nothing risky about posting a link to your blog. You aren’t starting a conversation with anyone. You’re just inviting them back to your house to enjoy your ideas with a cup of tea.

But as we mentioned earlier, this is not what people want. They want to get to know the people behind the corporate logo, and they want to do it without leaving the platform.

If you start conversations with people, sooner or later disagreements will arise, and you may even get some unsavory characters commenting on your stuff.

“You’re going to run into them, no doubt about it,” Stoddard says. “Social media is a two-way conversation. You have to listen as much as you talk, and the worst thing you can do is not respond when someone posts a negative comment. If you don’t answer, you are validating the comment or leaving it open to interpretation, which is the last thing you want.

“Instead, take control of the conversation by apologizing for the way they feel, and invite them to a private conversation so you can try to resolve the complaint. People will see you’ve made an effort to make this person happy, and if he or she is just there to just badmouth you, they will see that too.”

Should Companies Use LinkedIn Advertising?

At the time of this writing, I have to say my experience with LinkedIn’s ad platform has not been great.

I have gotten some leads, but I find the platform expensive and cumbersome, especially compared with Facebook advertising. Stoddard agrees. “I’ve played with lead ads a bit. The cost came back so high that I didn’t go further. If you’re bidding on a cost-per-click (CPC) basis, you could pay $2 or more per click. That’s a lot.” 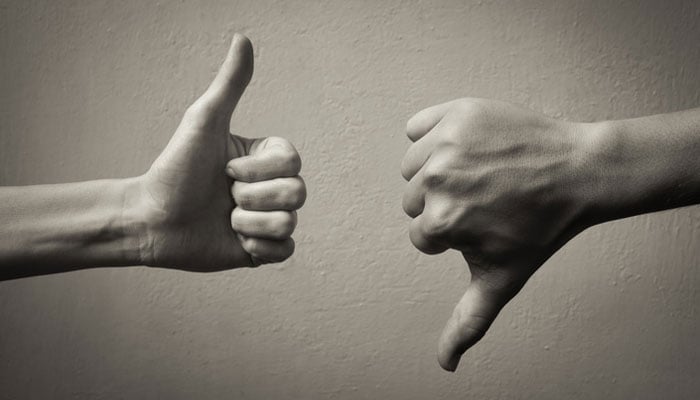 That’s not to say LinkedIn ads aren’t useful. My guess is audience reach and lead generation will soon depend of paid promotion the same way it has on Facebook.

If your company decides to take LinkedIn ads for a spin, test a few small campaigns first before going all in.

Lead With Your Personal Brand, Pivot to Your Company

Which companies are winning on LinkedIn? Are there organizations people can look to for inspiration?

Stoddard and I had the same thoughts on this one. A few influential people in the marketing and recruiting space have established personal brands for themselves, and then used it to promote their businesses.

One example is Josh Fechter, co-founder of a marketing and growth-hacking agency called BAMF. He leads from the front, making content creation a high priority for all employees, and in doing so has built a huge personal following on LinkedIn. Now he is starting to pivot, introducing other key players on his team. This is a smart way to introduce a brand to the LinkedIn community.

What Businesses Should Do Today to Get Started

The best thing businesses can do to get rolling is start producing videos. It’s a great way to stand apart from competitors and tell your story in an intimate way.

“The first thing businesses should do is get their employees a gimbal, or a handheld stabilizer that makes your videos look more professional,” Stoddard says. “Then give them an iPhone and a MacBook. Teach them to use iMovie and let them to talk to other employees, asking them questions like: What do you enjoy about working here? Have you met the CEO? What’s the cafeteria like? The topics are endless.”

Every B2B brand wants a strong presence on LinkedIn, but very few of them are putting in the time and effort to do it right. People are starting to get it, though.

“I went golfing with some people last weekend, and one of them said, ‘Hey, I see what you are doing on LinkedIn! I think you’re onto something there.’ And I’m like, ‘No kidding. I’ve been doing this non-stop for six months.’ I’ve been making content and generating leads. It’s exponential. You have to keep doing it and one step builds on another, and another. I’ve gotten over seven million views on my content and more than 100,000 views of my profile.”

Stoddard didn’t pay a dime for that. Instead, he put in the hours.

If brands want to make a name for themselves on LinkedIn, they’ve got to empower employees to create, and give them the freedom to be authentic and dedicated to it.

Dedication and commitment are the building blocks of a successful business, and it’s no different on the world’s biggest business networking platform.

How Much Should You Pay For a Blog Post?